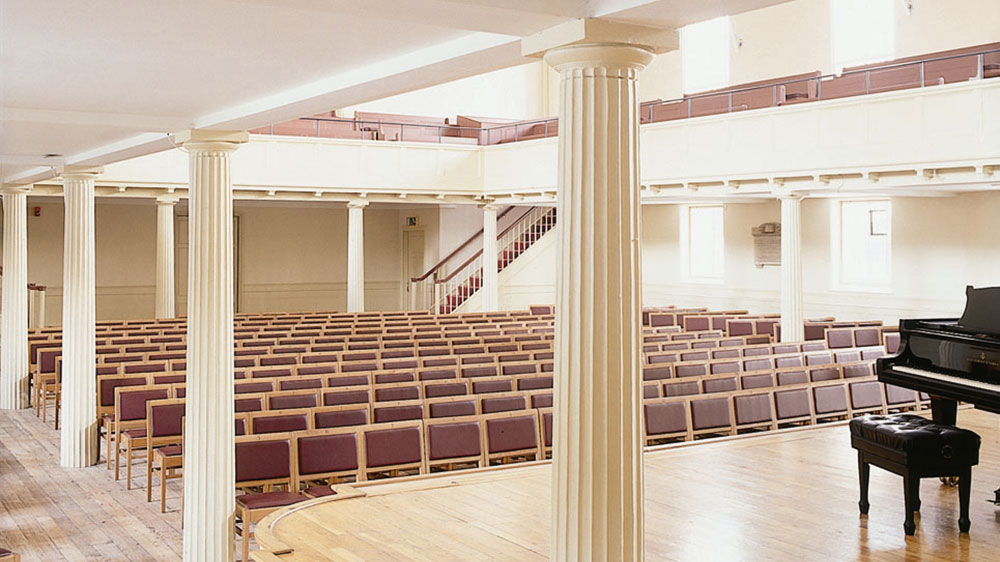 The idea for holding the Piano Duo Festival in Bristol, and in particular at St George's, came towards the end of 2007 when we put an initial proposal to its Director, Suzanne Rolt about holding a series of concerts in 2009. I had grown up in the South West of England attending the Music School in Wells, so Bristol was a city I knew well, with a vibrant music scene and a also a top University with its own regular concert series.

Waka Hasegawa and I gave our first lunchtime recital at St George's Bristol back in October 2004 and had immediately been inspired by its wonderful acoustic and unique atmosphere, where the performers and audience can literally hear a pin drop. St George's is a world class venue quite unlike any other and is also home to two brilliant Steinway D pianos, another reason for our choice!

After another concert at St George's in 2006, where we gave the World Premiere of a newly commissioned work for two pianos by Nicola LeFanu, the idea of setting up a festival devoted to music for piano duet and two pianos had started to take hold.

We would not have been able to achieve this without the continued support and collaboration of St George's, and also the Music Department of the University of Bristol, whose help we gratefully acknowledge. 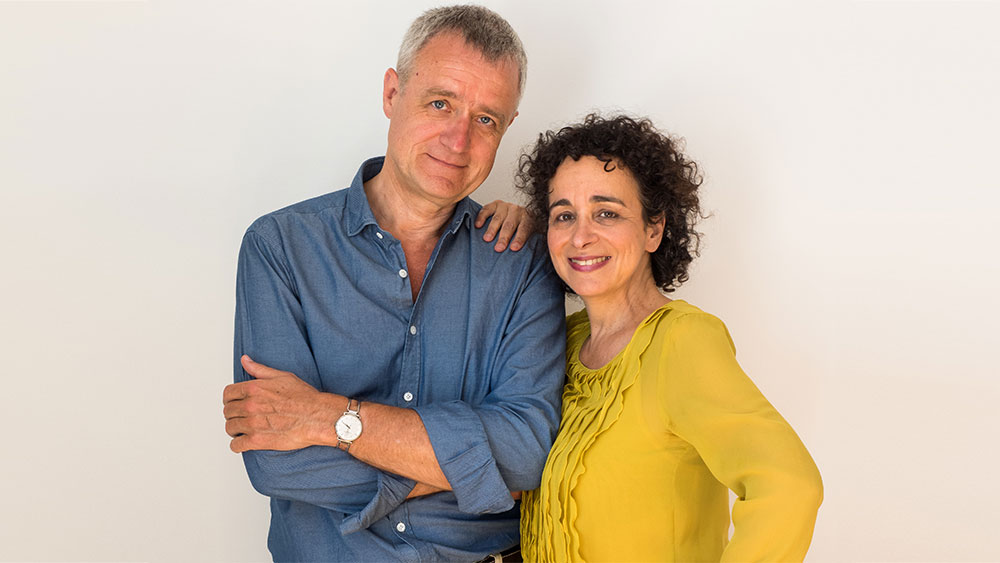 The first Bristol International Piano Duo Festival began with a lunchtime concert at the Victoria Rooms on 14th October 2009 with Waka and me performing a wide-ranging programme including new works written for us by Edwin Roxburgh and the Bristol-based composer and pianist Steven Kings, who takes part in this year's Festival with Christopher Northam (MiniBeats, Sunday 30th October).

The main evening recital of the 2009 Festival was given by Duo Tal & Groethuysen, who we are delighted to be welcoming back this year, whose sensational performance of Brahms Piano Concerto No 1 (arranged for four hands by the composer) lives long in the memory. Another highlight of our first year was a collaboration with the European Union Chamber Orchestra and a performance of Mozart's Concerto for two pianos in E Flat given by Jennifer Micallef and Glen Inanga.

To wrap up the festival in a lighter vein, Waka and I gave the UK Premiere of Kapustin's Paraphrase on Dizzy Gillespie's 'Manteca' at a Sunday morning Coffee Concert at St George's.

In 2011 we broadened our programme to include jazz and a comedy-classical duo as well as coining the description pianoduomania for the four day celebration of duets and two pianos. Our first jazz evening was a breathtaking concert by Gwilym Simcock and John Law, whilst the ridiculously talented double act Worbey and Farrell treated a Saturday night audience at St George's to a hilarious evening of piano duet comedy (complete with close-up views on a big screen!)

Piano 4 Hands (Joseph Tong and Waka Hasegawa) performed 'Upon entering a painting' by the late John McCabe at the Victoria Rooms whilst Simon Crawford-Phillips and Philip Moore treated the lunchtime audience at St George's to a scintillating programme of Debussy, Lutoslawski (Paganini Variations) and Rachmaninov's Symphonic Dances.

Our orchestral highlight of the 2nd Festival was an evening concert conducted and devised by Charles Hazlewood and the Army of Generals, featuring Robin Tritchler (tenor) and Piano 4 Hands performing Schoenberg's arrangements of Schubert, Strauss and Mahler. The stage of St George's was transformed to recreate the setting of a private performance evening in Vienna in 1917, complete with period furniture including a luxurious sofa! 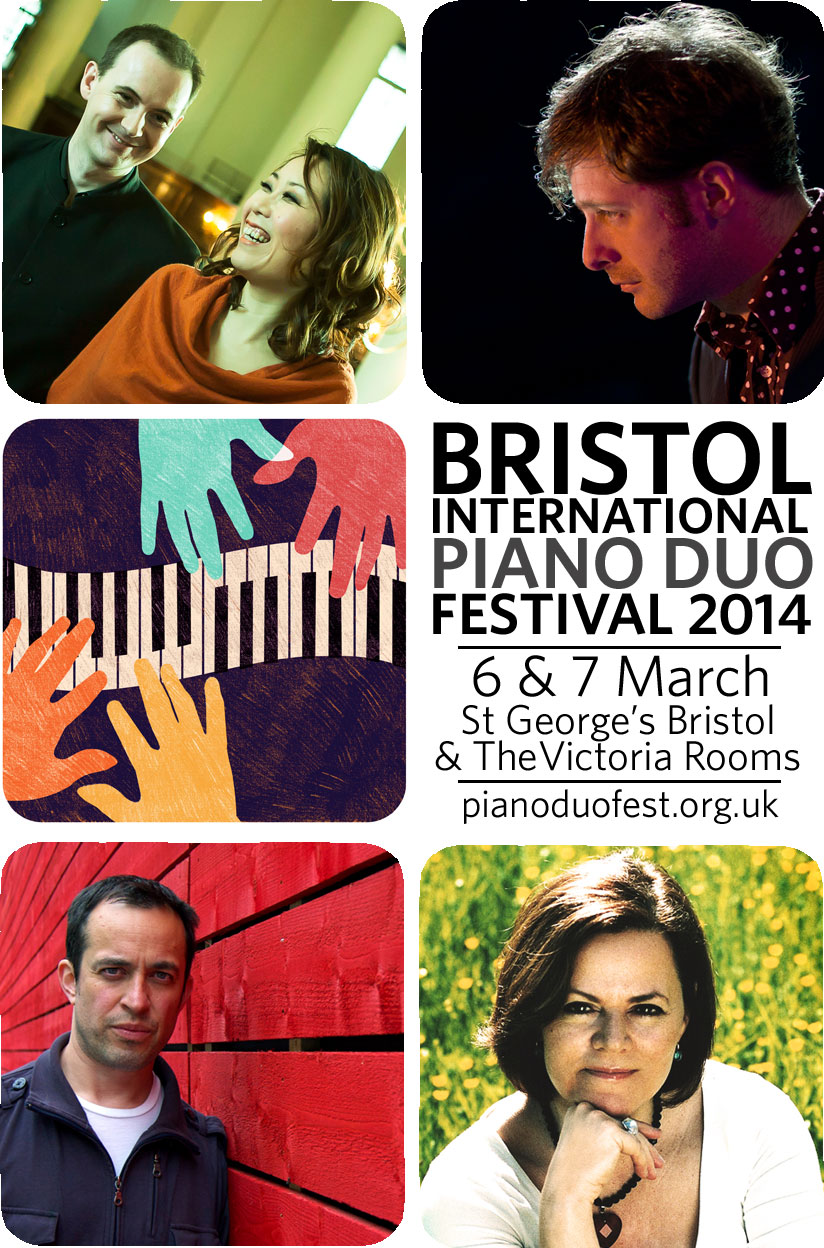 2014 saw the Festival move from its regular October slot to early March for programming reasons, and a continuation of the breadth of musical styles introduced in 2011 with another Thursday evening jazz concert, this time with Jason Rebello and Ivo Neame combining to dazzling effect on two Steinways.

Waka and I gave an informal pre-concert talk about the repertoire for piano duos, including performing excerpts from various pieces we'd commissioned over the previous few years, taking questions from the audience about how we rehearse and crucial aspects such as pedalling! Our St George's lunchtime concert included works by Debussy, Chopin and Dai Fujikura (3 miniatures for two pianos).

Meanwhile, Douglas Finch and Bobby Chen gave an absorbing lunchtime recital at the University's Victoria Rooms including a group of Brahms Hungarian Dances and recent works for piano duet composed by John White, and by Douglas Finch himself.

The final concert of the 2014 Festival was a memorable recital given by Martin Roscoe and Kathryn Stott, who gave a superb performance of Mozart's D major Sonata K448 and rounded off the whole Festival in style with a truly electrifying account of Rachmaninov's Suite No 2 for two pianos. 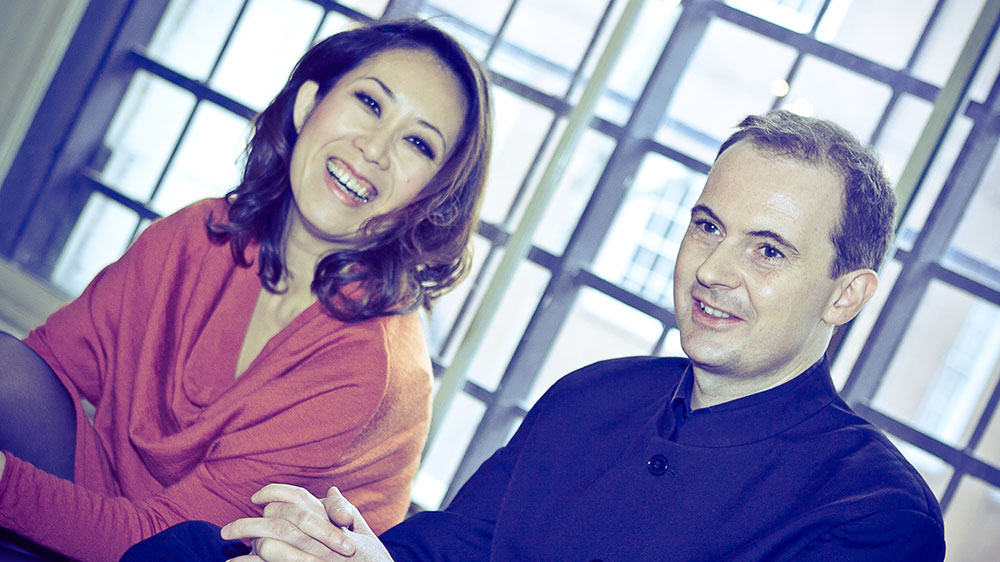 Now bring on 2016! We look forward very much to welcoming audiences to this October's Piano Duo Festival, and to being back in Bristol again.